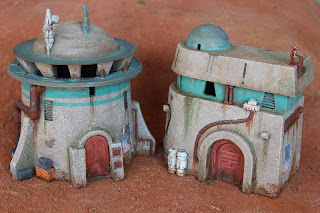 Both buildings belong to my absolute favourites in the IT range (although Dave is constantly pumping out new favourites...). While the Mechanic's House was painted right after printing, completion of the Desert Tower took a bit longer: It was part of the first shipment of Imperial Terrain buildings I received almost a year ago. 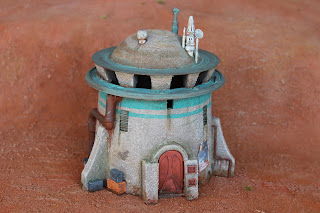 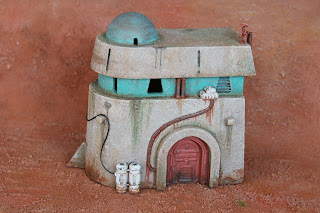 Main reason for the painting delay was having to fix the deformed pipe detailthat runs along the tower. This copy of the tower had been one of Dave's early test prints so this obviously isn't an issue if you order from IT these days. I hesitated over it for quite some time but it eventually turned out to be an easy fix. I removed the misshaped part, remodelled it by hand and sanded the whole thing down until it looked right. 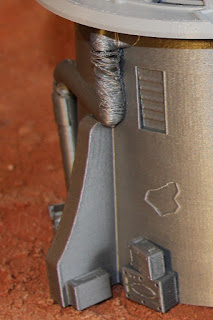 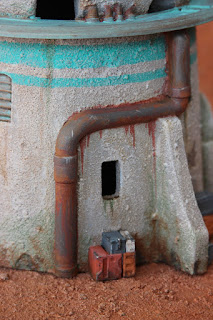 Both buidings are quite an important addition to my table as their copper roofs will provide some nice contrast to the brick coloured gaming mat. As a result I went quite heavy on the Nihilakh Oxide I used for the verdigris effect. 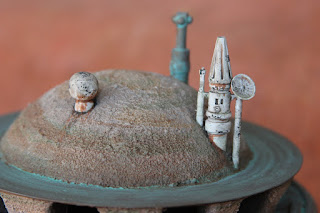 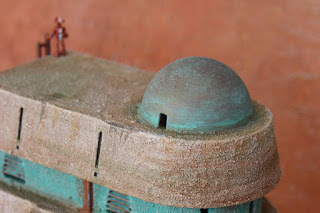 The table is finally starting to look alright: